Showing posts from June, 2018
Show all 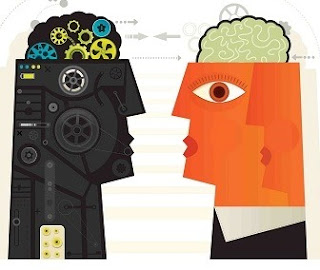 
Consciousness in AI is a topic which is argued by not only computer and cognitive scientists, but also philosophers. Philosophers like John Searle and Hubert Dreyfus have argued against the idea that a computer can gain consciousness. For an example, arguments like Chinese Room have been proposed against the idea of strong AI. But there are also philosophers like Daniel Dennett and Douglas Hofstadter, who have argued that the computers can gain consciousness.
Although there are debates about the how to create a conscious machine, for this article I choose to look at the creation of machine consciousness in another way.  Do we have to design the AI’s architecture with the conscious from the beginning to make a conscious AI? Will the AI be able to gain consciousness of its own? Or will the consciousness be emerged form when the AI’s architecture when it gai…
Post a Comment
Read more